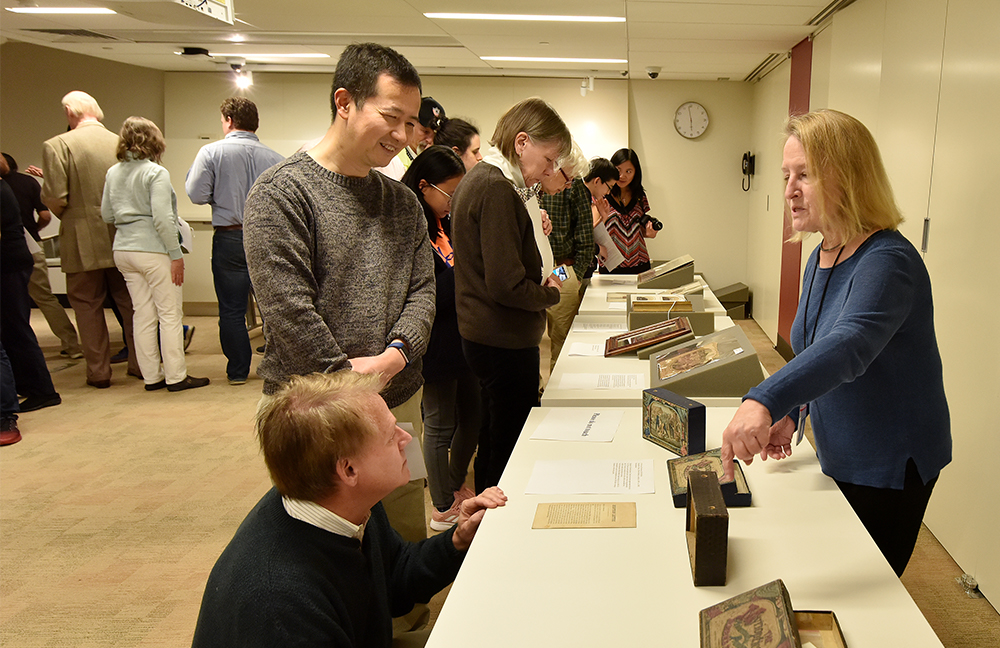 On Nov. 2, over 35 Princeton community members visited Special Collections as part of the "Princeton's Civil War" history tour led by Allen C. Guelzo, a foremost expert on the era and Abraham Lincoln. 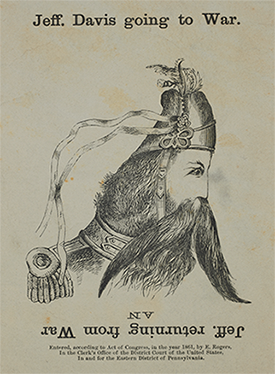 “There is nothing like the first time you see an actual letter written by Lincoln or an original photograph of his funeral,” said Mellby. “We sometimes forget how strong the reaction can be to this important cultural material. It brings our collective history to life.”

Hatheway aided visitors with the topsy-turvy, satirical illustration of Jefferson Davis that portrays a different image when rotated. "It takes much planning and care to display such a large group of objects," said Hatheway, "but it is more than satisfying to experience [our visitors'] excitement."

Visitors examined materials ranging from portraits of Confederate Army leaders to a 19th-century toy. “People went wild over the 1864 Milton Bradley toy that functioned like a miniature theater,” said Guelzo. “Highpoints of the war were on a scroll and moved along on a cardboard stage, just like the movies.”

Prior to the Special Collections visit, Guelzo led the group to Nassau Hall’s Memorial Atrium to view the names of Princetonians who died in the Civil War. While 62 names are carved into the marble panel, extensive research by Princeton archivists revealed that, in fact, 86 Princetonians lost their lives – 48 for the Confederacy, and 38 for the Union. 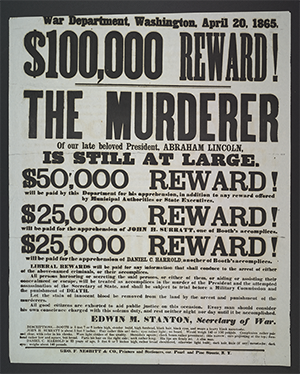 The tour stopped at Whig and Clio Halls, home to the oldest debating society in the U.S. In 1847, the Whig faction elected Jefferson Davis as an honorary member, said Guelzo. In 1867, the Clio society voted to publicly erase Davis’ name, but Whig did not. More surprisingly, Whig made motions to elect Robert E. Lee as an honorary member in 1869, four years after the Confederacy’s defeat.

Guelzo led the tour to the University Chapel's Bright’s Pulpit, dedicated to the British parliamentarian and supporter of the North. Lincoln respected Bright enough to hang his portrait in the White House, said Guelzo, and even carried a copy of Bright’s speech in his pocket at the time of his death.

The Princeton’s Civil War tour was sponsored by the Council of Humanities’ Being Human Festival and the James Madison Program in American Ideals and Institutions. Special Collections hosts over 300 classroom visits each year in support of the University’s Teach with Collections initiative.