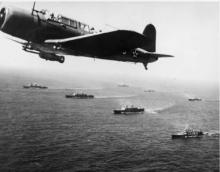 To search these collections please use the Finding Aid's website.

You are currently only seeing content in the Public Policy Papers. You can also explore American History/20th Century material in all divisions.