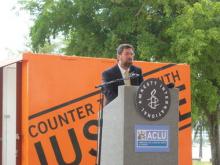 Princeton holdings are particularly strong in the area of civil liberties including the records on the American Civil Liberties Union, Common Cause, and Freedom House.

You are currently only seeing content in the Public Policy Papers. You can also explore Public policy/20th century material in all divisions.