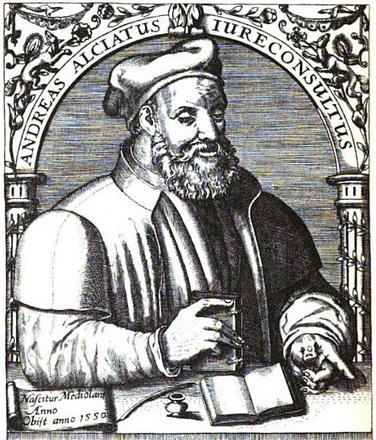 The Milanese jurist of the Renaissance best remembered for his influential book of emblems, first published in 1531 and eventually going through more than 175 editions down to the present.