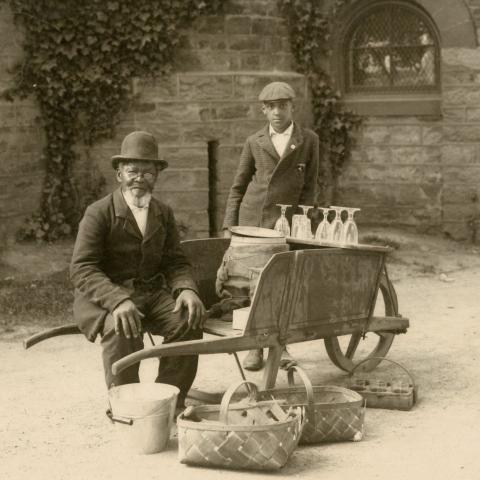 Princeton University, in the words of colonial historian Jeff Looney, cannot be said to have had a "glowing history in opposing slavery." He and fellow historian John Murrin both state that John Witherspoon, president of the College of New Jersey from 1768-1794, owned slaves. Indeed, Varnum Lansing Collins notes that the inventory of Witherspoon's possessions taken at his death included "two slaves . . . valued at a hundred dollars each." Neither Murrin or Looney have any reason to believe that the College itself owned slaves, though individual trustees did.