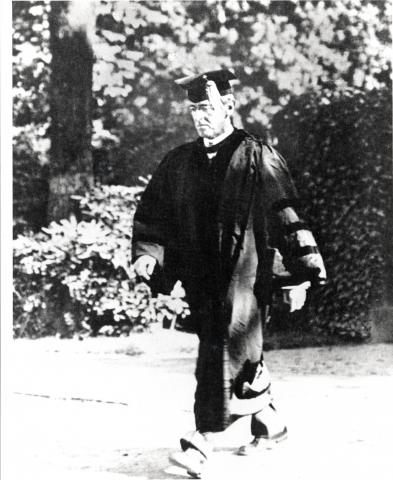 Thomas Woodrow Wilson (1856-1924) had a long and distinguished career at Princeton University as a student, professor, and as the institution's thirteenth president. Wilson came to Princeton from Wilmington, North Carolina, in the fall of 1875 after spending a year studying at Davidson College.