After some long processing work, Princeton University Library (PUL) became only the second library to put its Chinese oracle bone collection online in a cutting-edge project. Princeton collaborated with the China Academic Digital Associative Library (CADAL), in this project, which used Reflectance Transformation Imaging (RTI) technology, which enables the end-user to decide upon the angle from which an object is lighted. This allows making all of the carvings on the oracle bones clearly visible. 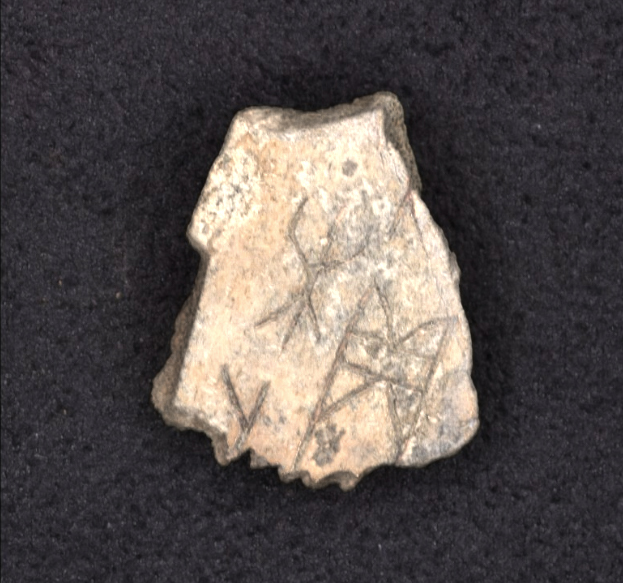 An online viewer developed by CADAL enables viewing RTI images directly in a browser and makes downloading of special software and images unnecessary. Each object was photographed from 40 angles by Roel Muñoz, and sent as special files to Huang Cheng, Deputy Director of Zhejiang University Library in Hangzhou, China and Head of the China Academic Digital Associative Library. He had visited Princeton in May 2018. The objects are now here. If one selects an item (click again to enter the RTI interface), clicks on the light icon to change the light direction, and moves the cursor while holding the left button pressed, one can see what this means. Still images area available in the Princeton catalog record.

Roel Munoz, Library Digital Imaging Manager, and his colleagues in the Digital Imaging Studio, in cooperation with David Hart from PUL's Maintenance Department, hand-built their own RTI light-stand in order to digitize Princeton’s collection of oracle bones. It is hoped that RTI technology can also be used in the future to provide access to other relief based cultural heritage objects, such as cuneiform texts and coins.

Oracle bones are pieces of ox or turtle bones which were used for divination in ancient China, and constitute the earliest known Chinese writing. Most of them date from the Shang dynasty, ca. 1200-1100 BCE.

The Princeton Oracle Bones collection, relatively small, is one of several collections assembled by missionary Dr. Frank Herring Chalfant (his major collection is the Couling-Chalfant collection in the British Library, assembled together with Samuel Couling). Most of the Princeton pieces were purchased in 1904-1908 in Weixian, Shandong. The original collection includes forgeries (not part of this digitization project). The collection was described in detail by Roswell S. Britton in his Seven collections of inscribed oracle bones (New York: 1938).

The Princeton collection (plates 17-21 in that volume), consisting of 119 pieces (95 shell, 24 bone; two pieces missing in 1938), was probably acquired by Chalfant soon after his return from the US on 20 Nov 1906. It had been long the property of Harold Whitcher, a teacher at the Shantung Union College in Weixian under the English Baptist Mission, who sold it in 1927 to Dr. Frederick J. Tooker, who together with a numismatic collection loaned it to Princeton in 1928, and gave it outright in 1934. The by then 117 pieces were published in photographs in 1935 (Britton, Yin Bone Photographs, 102 pieces) and 1937 (Britton, Yin Bone Rubbings, remaining 15 pieces +some duplicates), to see how best to publish them. Color pigments were analyzed in Industrial and Engineering Chemistry 9.149 (1937) and Harvard Journal of Asiatic Studies 2.1 (1937).

The delivery of the oracle bone data is part of the commitment of PUL to this project. CADAL, led by and hosted at Zhejiang University Library, is a Chinese government-sponsored cooperative project of some 80+ Chinese and a small number of overseas academic libraries to create electronic resources for the use of their patrons. Princeton joined CADAL in 2016, giving its patrons access to CADAL's growing collection of 2.7 million scanned books. Princeton readers have full access to all CADAL resources.