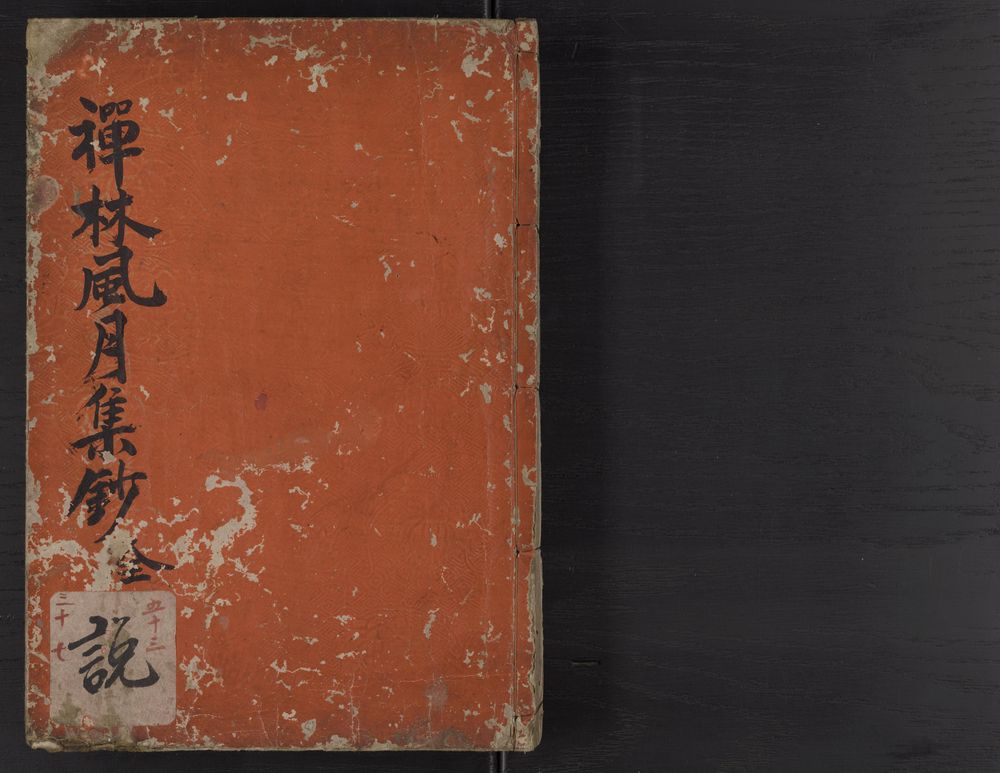 'Commentary on the Anthology of Poetry from the Revitalized Grove of Zen' is a 16th-century manuscript of translated and annotated Chinese poems that were used by Japanese monks to study Chinese literature.

In fall 2019, Japanese Studies Librarian Setsuko Noguchi received a request from Associate Professor of East Asian Studies Brian Steininger about a manuscript coming to auction in Tokyo. Entitled “Chūkō zenrin fūgetsushū shō,” which translates to “Commentary on the Anthology of Poetry from the Revitalized Grove of Zen,” the 16th-century manuscript features translated and annotated Chinese poems that were used by Japanese monks to study Chinese literature.

“This is a very unique piece,” Noguchi said. “It was made for learning Chinese, which has annotations written in a 16th century Japanese vernacular based on lectures that were performed at temples at that time. We can therefore use the book to trace the language over time.”

Steininger added, “It is one of only two known complete manuscripts of this text, a 16th-century Japanese commentary on a 13th-century Chinese anthology of poems by monks. Zen monks introduced a whole range of new continental culture to Japan in the 13th and 14th centuries, and I am very interested in this text for what it can tell us about how a local interpretive tradition developed around this poetry.”

Following the acquisition, Noguchi began collecting information on the manuscript to create a record of the item and worked with Steininger to determine its rarity. The coronavirus pandemic hit shortly thereafter, leaving “Chūkō zenrin fūgetsushū shō” minimally cataloged in PUL’s system. Basic information was publicly listed, but the notes were a far cry from PUL’s usually detailed records.

That listing, however, was enough to get the attention of Tatsuhiro Furuta, a PhD student at Kyushu University of Japan. “Mr. Furuta knew the book was up for auction and managed to trace it back to PUL,” Noguchi explained. “He wanted to study the book, so he asked for a photocopy.”

Noguchi informed him that PUL could not make the book available for patrons outside of Princeton at the time. But after the book was digitized for use by Steininger’s class, Steininger established a research group with Furuta  that would share the digital version of the item with members who collaborate to understand the text.

“The author of the commentary, Ikō Myōan, was himself a Zen monk, and was tremendously erudite about both Buddhism and the secular Chinese tradition, but he seems to have seen this as a textbook for young learners, and so his language is plain spoken and even a little crude at times,” Steininger said. “For this reason, the text is also very important as a document of the linguistic transition from Middle Japanese to something closer to what is spoken in Japan today, and some of the members of the group are historical linguists.”

Noguchi noted that in addition to dissecting the manuscript’s language, the research group uses the book’s cover, binding, and ownership seals to better understand it in a historical context. She added that “material culture, which is a new scholarly trend” provides more context about the texts, and helps to build out timelines of when, where, and how books are produced.