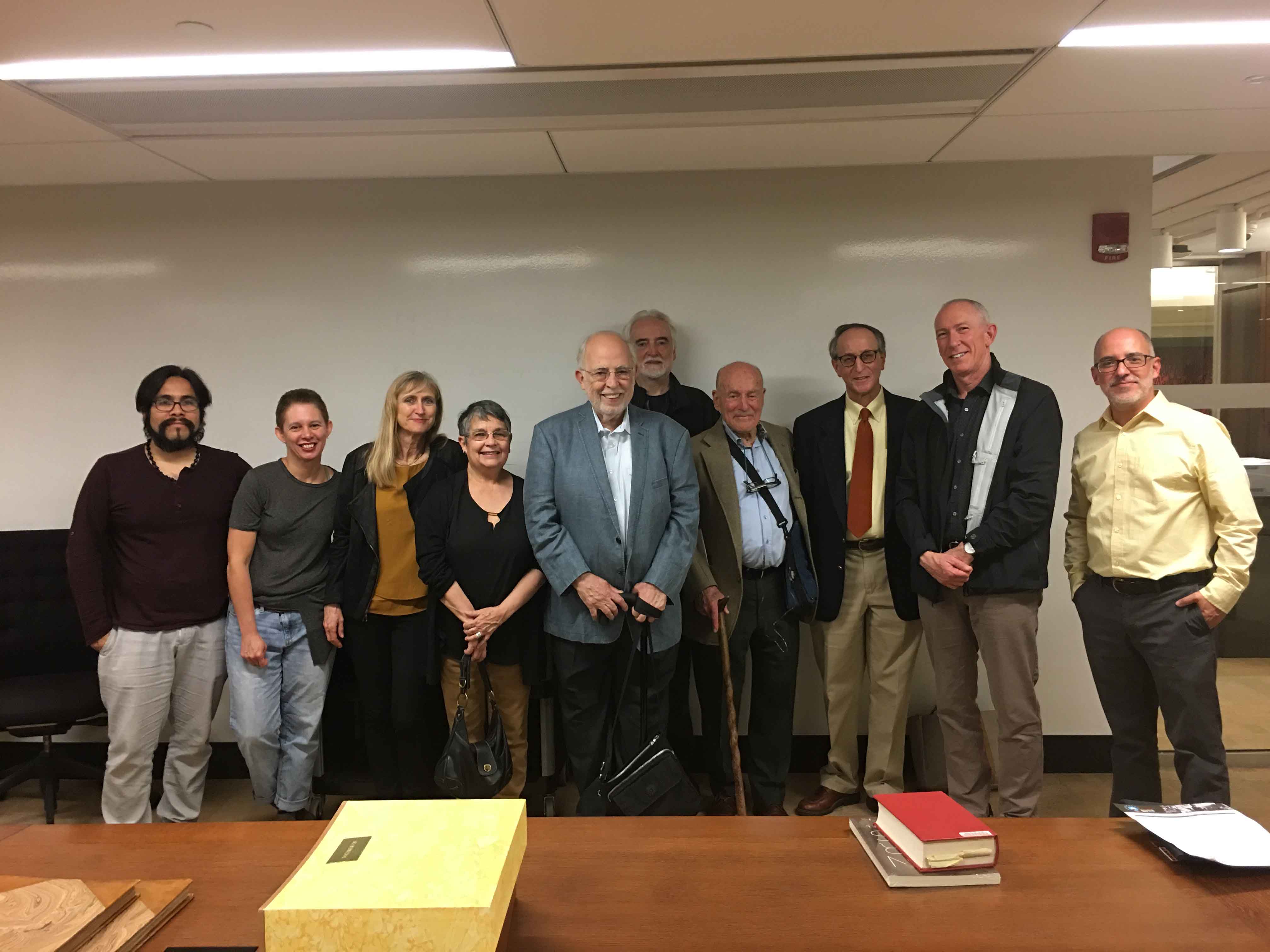 The collection, acquired by the Department of Special Collections' Manuscripts Division, documents historical manuscripts about African slavery and the plantation economy in colonial and imperial Brazil. Divided into two parts, it includes insight into the slave trade, plantation economy, and the lives of Afro-Brazilian slaves and their families; transcribed financial accounts of the Ribeiro de Avellar family, owners of a slave plantation; and 144 letters written by Domingos Alves da Silva Porto, manager of Avellar & Companhia, an agricultural export business in Rio de Janeiro, to Joaquim Ribeiro de Avellar. The acquisition honors Stanley and Barbara Stein's contributions to the library's Latin American collections and to Latin American studies at Princeton. 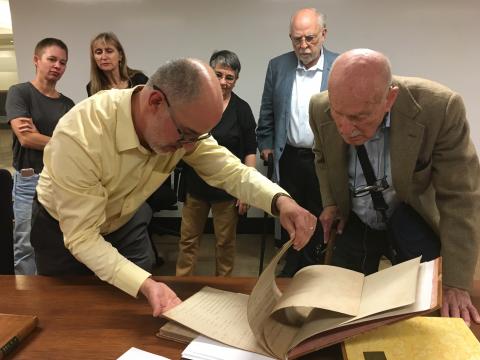 Fernando Acosta-Rodríguez and Stanley Stein view items from the collection in honor of Stein and his wife, Barbara.

Stanley J. Stein, the Walter Samuel Carpenter III Professor in Spanish Civilization and Culture, emeritus, and Professor of History, emeritus, at the University, wrote extensively on Latin American economic and social history, including Vassouras: A Brazilian Coffee County, 1850-1900: The Roles of Planter and Slave in a Plantation Society (1957), Apogee of Empire: Spain and New Spain in the Age of Charles III, 1759-1789 (2003), and Edge of Crisis: War and Trade in the Spanish Atlantic, 1789-1808 (2009). Together with Barbara Stein, Stein also wrote The Colonial Heritage of Latin America: Essays on Economic Dependence in Perspective (1970).


His wife, Barbara Stein, who served at the library from 1966 to 1977, established the foundations of what is today one of the greatest Latin American library collections in the world. Among her many accomplishments was the inception of the Latin American Ephemera collection. She recognized a need to document items related to major political changes in Latin American countries, such as the rise of military dictatorships, the Cuban Revolution, and the popular responses to these developments. Under her successors, Peter T. Johnson (1977-2003) and Fernando Acosta-Rodríguez (2003-present), the collection has grown significantly, expanding the geographic and thematic scope, systematizing the process of organizing, cataloging, and preserving, and moving towards open, digital access.

For more information on the recent acquisition, visit the Manuscripts Division blog.