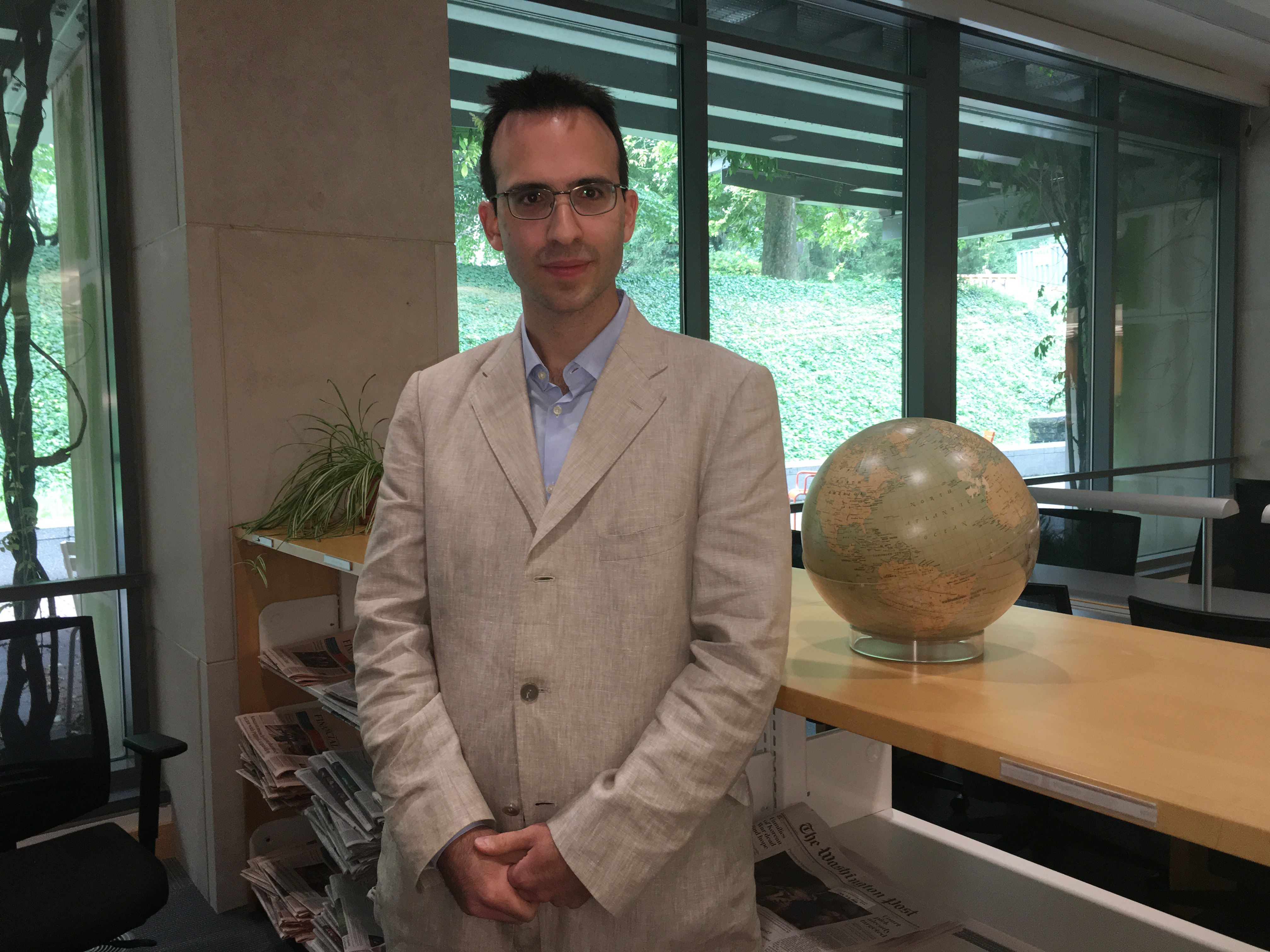 Ioannis Branikas, a recent Ph.D. graduate from the Department of Economics pictured here at Stokes Library, recently said that Princeton University Library's extensive resources were key to the success of his graduate research.

To measure the effect of firm advertising expenses on household stock-portfolio choices for his job market paper, Ioannis Branikas, then Ph.D. candidate in the Department of Economics, sought data on the local exposure of investors to commercials. While micro-level data on retail stock investment was readily available to him, he needed data on sports sponsorships and retail investment in specific cities to argue that advertising has a causal relationship with households’ stock picks.

Princeton University Library’s extensive resources, he remarked in a recent interview, such as Interlibrary Loan Services and subject specialist expertise at Stokes and Firestone Library, were key to the success of his research. “They helped me execute what I had in mind,” he said.

But he encountered an early challenge in his work - finding data on sports sponsorships from the 1990s. Although the information was published in an annual Sports Sponsor Factbook, few copies had survived, and the company that published this data, Team Marketing Report, was defunct. A search on the WorldCat database revealed that only 20 disparate volumes remained in all of the United States.

“There wasn’t ever a whole set,” Branikas said. He worked closely with PUL’s Interlibrary Loan staff to bring the volumes to Princeton. Without the Interlibrary Loan Services, he added, the project would not have been possible. Thanks to staff’s help, Branikas has now a full collection of Factbooks from 1993 to 2008.

He then spent two months digitizing the data. Running OCR codes and working manually, Branikas digitized four volumes of sports sponsorship data, focusing on professional football, basketball, baseball and hockey. The next step was to test whether the advertising caused increased investment, or whether firms sponsored sports in cities where they already had a large number of investors.

Joann Donatiello, Population Research Librarian, and Elana Broch, Assistant Population Research Librarian, introduced him to Social Explorer, a database with demographic information about the United States. The tool enabled Branikas to create a control group for his study of sports sponsorship. At Stokes Library, Branikas identified cities that shared demographic features with the cities in his experimental group, with one major difference: the cities in the control group lacked a professional sports team. For example, Salt Lake City, home of the Utah Jazz basketball team, was paired with Albuquerque.

At Firestone Library, Bobray Bordelon, Economics and Finance Librarian, introduced Branikas to a database that provides accurate information on the past and present locations of company headquarters, the Who Owns Whom Database. With this information, Branikas constructed a computationally-intensive model that would analyze the effect of sports sponsorship on retail investment portfolio choice, taking geographical and demographic factors into account.

Finally, in PUL’s Data and Statistical Services Lab (located in Firestone Library), Data Services Specialists, Oscar Torres-Reyna and Ofira Schwartz-Soicher, provided computers and specialist support to run the model. Branikas was later able to rule out reverse causality and prove that there is a causal relationship between investment advertising and portfolio choice. This new knowledge is particularly valuable for publicly listed companies that plan to expand their retail investor base.

In September, Branikas joined the University of Oregon’s Lundquist College of Business as Assistant Professor of Finance, where he will continue his research on advertising and portfolio choice.

His advice for new Ph.D. students? Don’t miss the library tour! “When first-year graduate students come in the Department of Economics, Bobray [Bordelon] gives a tour in the library. But when I came to Princeton, I missed that tour!” Although Branikas eventually discovered library services, tools and databases throughout his research process on campus, he recommends new students seek out their subject specialist librarian when they first arrive on campus to learn about the many resources available at Princeton University Library.

Written by Melissa Verhey, Postgraduate Research Associate for the Department of French and Italian