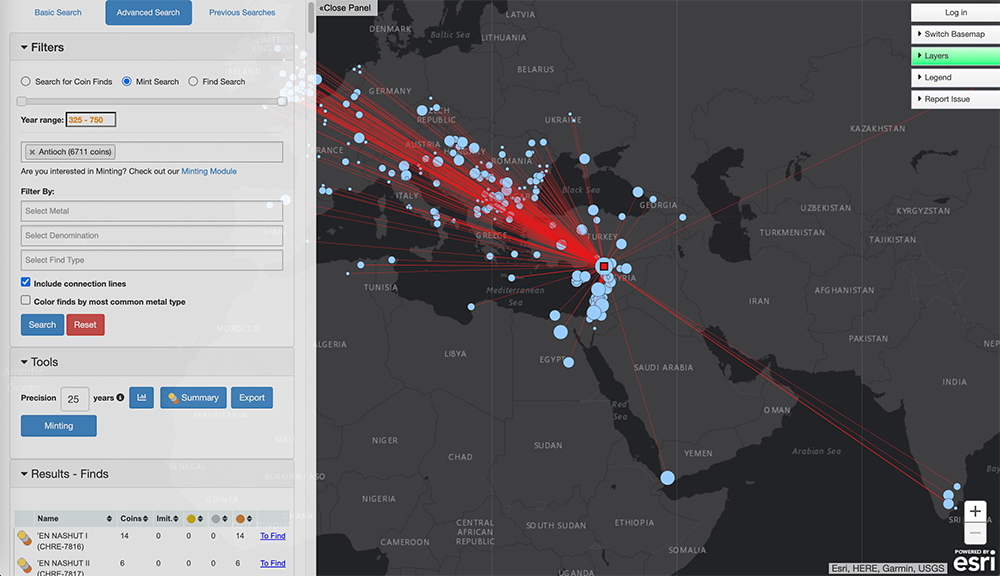 FLAME's database mapping tool. Distribution of coins from the mint of Antioch (325 to 750 CE).

In July 2021, the Framing the Late Antique and Early Medieval Economy (FLAME) project passed the major milestone of digitizing, storing, and visualizing the production and movement of more than 700,000 coins across Western Afro-Eurasia.

FLAME is a Princeton University-based project that supplies hard data about the early medieval economy over about 400 years (from 325 to 750 CE). It is head-quartered in Princeton University Library’s Special Collections, where it is run by FLAME Chair and Princeton's Curator of Numismatics Alan Stahl. The full-time participation of FLAME Database Coordinator Mark Pyzyk has been supported by a grant from Princeton's Initiative on Comparative Antiquity and the Humanities Council. Recently, FLAME launched its second major web application—the Circulation Module—designed to track coin movement across a region stretching from Portugal to India. The application stores information on hundreds of thousands of coins, including where they were minted, as well as where they traveled.

Over the last five years, a collaborative team of 35 international scholars has produced a large and growing body of data. With this unprecedented body of evidence, stored in and accessible through a single web application, FLAME contributes to scholarly understanding of phenomena as diverse as the fall of the western Roman empire, the consolidation of the Byzantine empire, and the rise of Islam. Understanding these better is key to improving accounts of the origins of the modern economy. 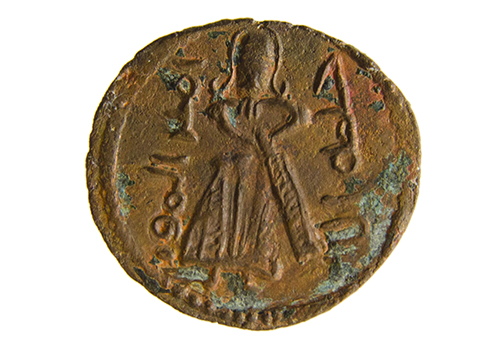 Moving forward, FLAME will continue to build on this powerful data and mapping tool to reshape scholarship on the late antique to medieval transition. Through forthcoming publications, collaborative projects, and further FLAME development, we hope to better show the full scope of economic change at this critical juncture in history.