Jacopo Strada and the Study of Antiquity

Jacopo (sometimes Latinized to Jacobus) Strada, the author of this elegant volume, played a complex role in the cultural life of some of the most powerful courts in mid-sixteenth-century Europe. Born in Mantua, Strada is thought to have trained as a goldsmith in the workshop of Giulio Romano before working in Nuremberg, Lyon, and for Pope Paul III in Rome. From 1556, when he moved to Vienna, Strada’s career was closely linked to the Habsburg emperors: for two decades he served Emperor Ferdinand I and his successors Maximilian II and Rudolph II as an official architect and artist, dealer in and adviser on the acquisition of antiquities, and, from 1563, supervisor of the imperialSchatzkammer. He is also believed to be the (surprisingly youthful-looking, considering his age) subject of a portrait painted by Titian in 1567. 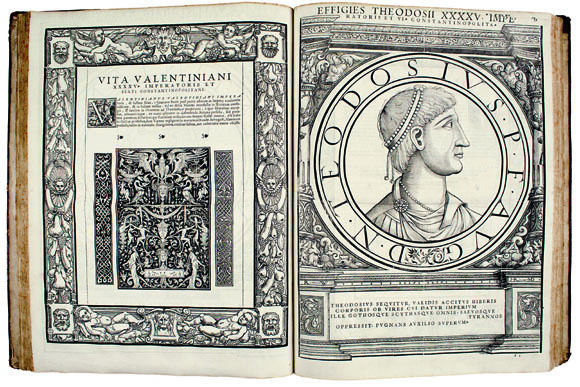 Theodosius opposite a description of the life of Valentinian II, from Jacobus Strada (1507–1588), Imperatorum Romanorum. 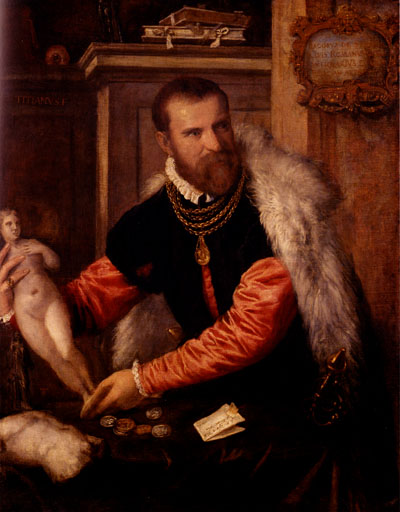 Imperatorum Romanorum, with its 118 portrait heads of emperors from Julius Caesar (whose actual title was dictator, not emperor) to the recently deceased Holy Roman Emperor Charles V, was intended to enhance the Austrian Habsburg dynastic claims to the title, to which Charles’s brother Ferdinand—rather than Charles’s son, King Philip II of Spain—had been elected in 1558. 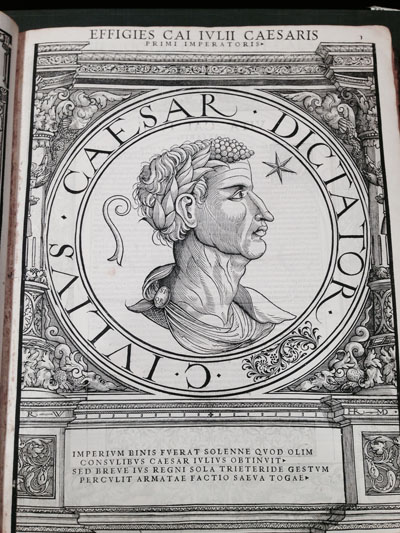 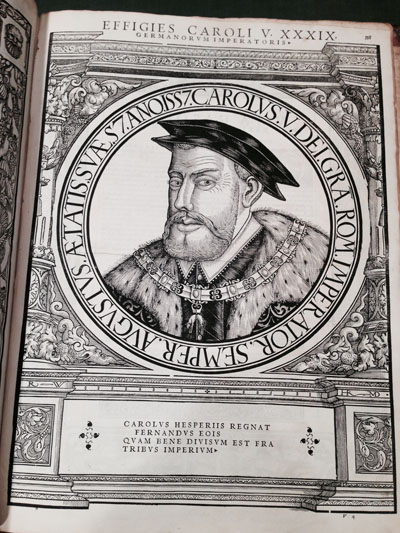 Each emperor’s individualized portrait, enclosed by Renaissance architectural ornament, derived from the antique coins and medals studied and drawn by Strada. Except for Charles V, all of the emperors were depicted in profile. Hans Rudolf Manuel Deutsch (1525–1571) transformed Strada’s drawings into large-scale woodcuts cut and printed by Rudolf Wyssenbach (fl. 1546–1560) and Christoph Schweitzer (fl. 1550–1562). A brief biographical description written by Strada was printed on the reverse of each image. 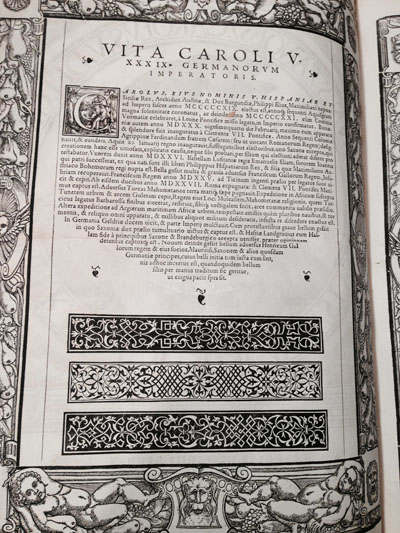 Interspersed with the striking portraits are 248 woodcut ornaments in the arabesque or Moresque style by Peter Flötner (1485–1546). Flötner’s designs, with their fusion of Arabic and Renaissance motifs, had first appeared in a 1549 publication and were frequently used as patterns for the decoration of items such as glass, majolica, textiles, and furniture. Strada's luxurious volume was published by Andreas Gessner, a renowned printer in Zurich. 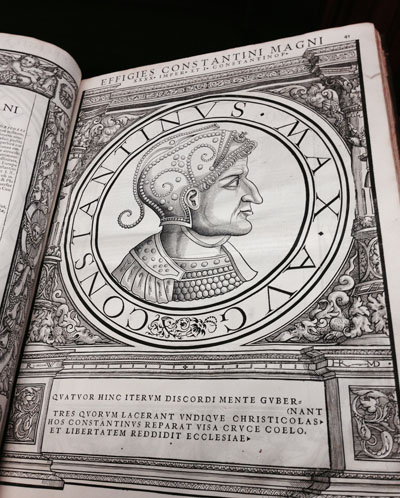 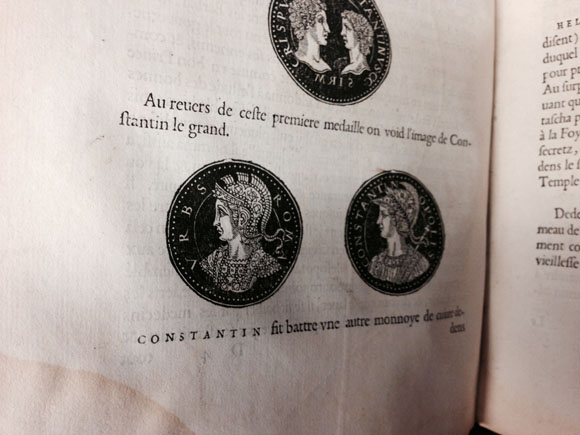 In the 1550s, the study of numismatics thrived as one of the pursuits of gentleman scholars and was enriched by significant publications on antique coins and medals. The study of images, and especially material objects such as coins, which were securely datable, was increasingly recognized as a valuable complement to written sources of knowledge about antiquity. During the 1540s, Strada undertook a massive project—the creation of more than nine thousand drawings of medallion portraits found on antique coins and medals of emperors dating from the time of Julius Caesar until Emperor Charles V. The thirty manuscript volumes of drawings were financed by Hans Jakob Fugger, of the famous Augsburg banking family, for whom Strada also acquired art and antiquities. Although Strada originally intended to publish a more comprehensive work, he published just a selection of the portraits in 1553 at his own expense, since he feared that rival projects were already in progress in Venice and Rome. Although the manuscripts remained the property of his patron, Strada created 391 striking miniature portraits for his Epitome after the original drawings he had made for Fugger. The book was published in both French and Latin editions, with a German translation appearing in 1557. A copy of the French edition is in Marquand Library’s rare book collection. Fugger’s library, including the Strada manuscripts, and a collection of antiquities were purchased in 1566 by Duke Albrecht V of Bavaria, for whom Strada also later worked as an architect, collector, and antiquarian.